Jeep Wrangler is a series of mid-sized off-road SUVs manufactured by jeep. Wranglers are the undeniable kings of off-road SUVs. Jeep Wranglers are the very first choice of many off-roading warriors for many reasons. Powerful engines that provide great horsepower and torque, narrow track width, and short wheelbase are the features every off-roader wants in his vehicle.

We will discuss these features in detail below so keep reading for everything you need to know about the types of jeep wranglers and their features. We have also included an FAQ at the end.

Now as for the types of Jeep wranglers, If we categorize them by their generations, there are a total of four generations. These are:

Jeep wranglers provide them with that and the great aftermarket is a cherry on top. Jeep’s competitors like Nissan, Toyota, and Landrover also have their own aftermarket but its scale is not as huge as Jeep’s aftermarket. The main reason for that is the loyal cult-like community of jeep enthusiasts. More and more new products get launched every day because of Jeep’s capability of customization.

You can even customize your jeep seats. Go through our article on the 15 Best Jeep Seat Covers to Buy in 2022 to know more about it. Similarly, for added information make sure to check out Best Jeep Soft Tops in 2022 【Reviews & Pictures】.

The community will welcome you wholeheartedly and will help you with anything you need to know about jeeps. You just have to join any Jeep community on Facebook or any other forum and ask the question that you are having trouble about. They will guide you through everything until your issue is solved.

It is very hard to figure out how many types of jeep wranglers are there if you want to buy Jeep Wrangler. That is why we have listed all the information about the types of wranglers you will ever need. So let’s dive right into it.

Jeep Wrangler YJ introduced in 1987 was the beginning of the first series of jeep wranglers. These were introduced as a replacement for the Jeep CJ. Although these vehicles were quite promising in terms of performance, they were criticized for their rectangular headlamps. Jeep Wrangler YJ was debuted back when American Motors still used to own Jeep. It was then sold to Chrysler Corp in August 1987.

Some people liked its unique appearance but on the other hand, some were not quite fond of its headlamps and some other unique quirks. Its body was directly evolved from Jeep CJ-7 and it used the same wheelbase.

Jeep wrangler was available with two engines when it was introduced. One was the 2.5L AMC 150 I4 four cylinders engine which was the choice of most four-cylinder engine lovers. A more powerful six–cylinders engine was also introduced for people who wanted more horsepower. An even more powerful 180 horsepower 4.0 L AMC 242 engine was introduced with the 1991 Jeep Wrangler. It outperformed its predecessor 4.2 L AMC 258, 122 horsepower engine in both reliability and sheer strength. 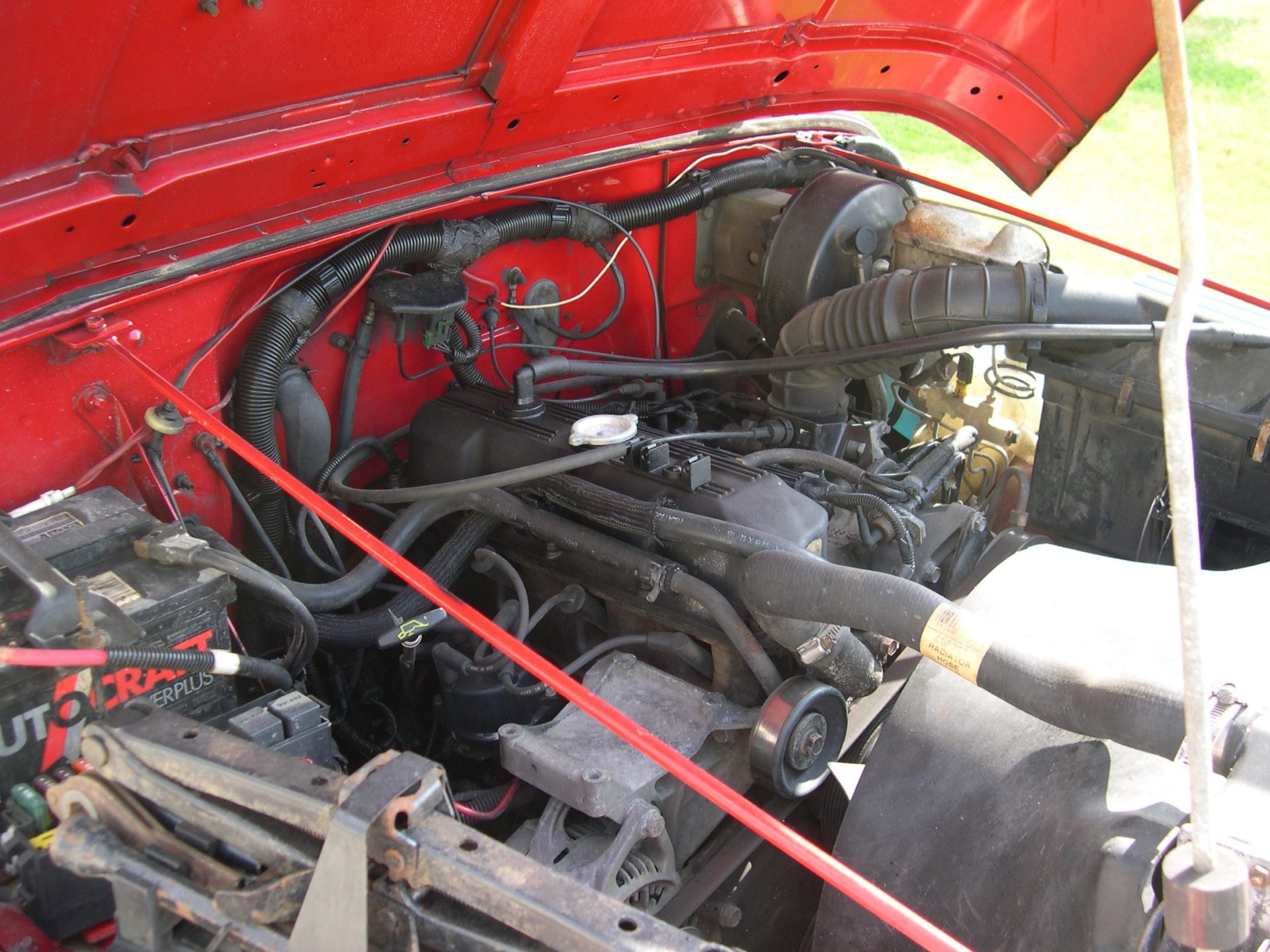 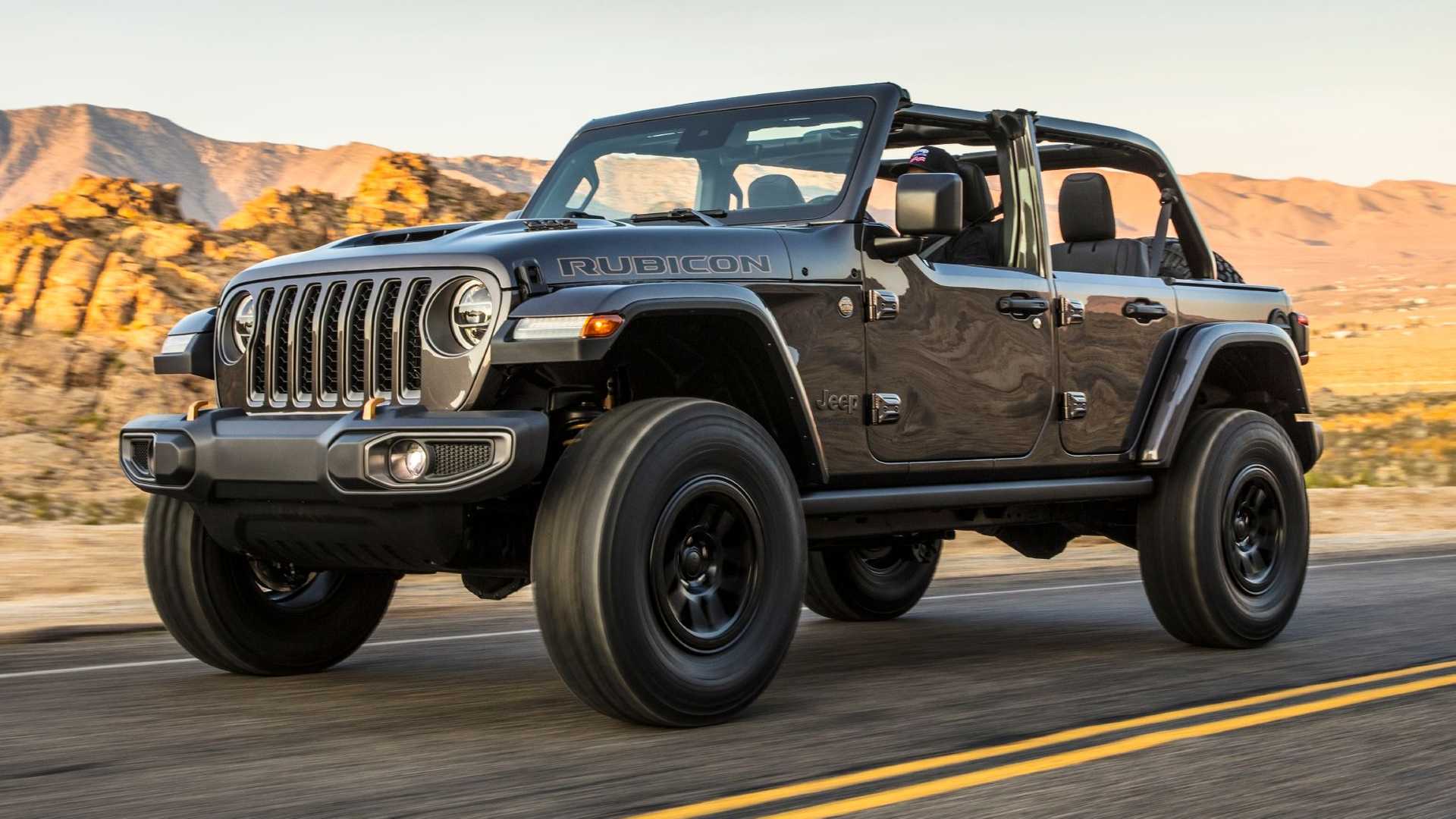 A computer carburetor performs the same tasks as a regular carburetor but it has a drawback. It is unreliable in maintaining the air/fuel ratio during the occurrence of a leak. That is why people mostly recommend fuel-injection engines for their increased reliability as compared to a carburetor. Lost power and increased engine temperatures was a very common issue in the computer-carburetor engines. Jeep replaced it with fuel-injection engines to cope with that issue. 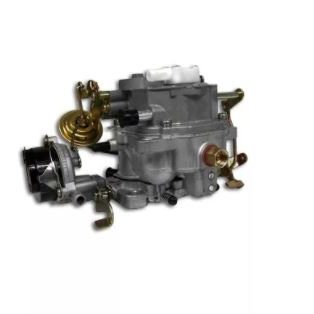 Drawbacks of the Jeep Wrangler YJ:

If we talk about the types of Jeep wrangler models, Wrangler YJ was the most controversial of all. Following are the drawbacks that the wrangler YJ faced:

How to solve these issues?

Here are some small upgrades to make your Jeep Wrangler YJ a great off-road vehicle: 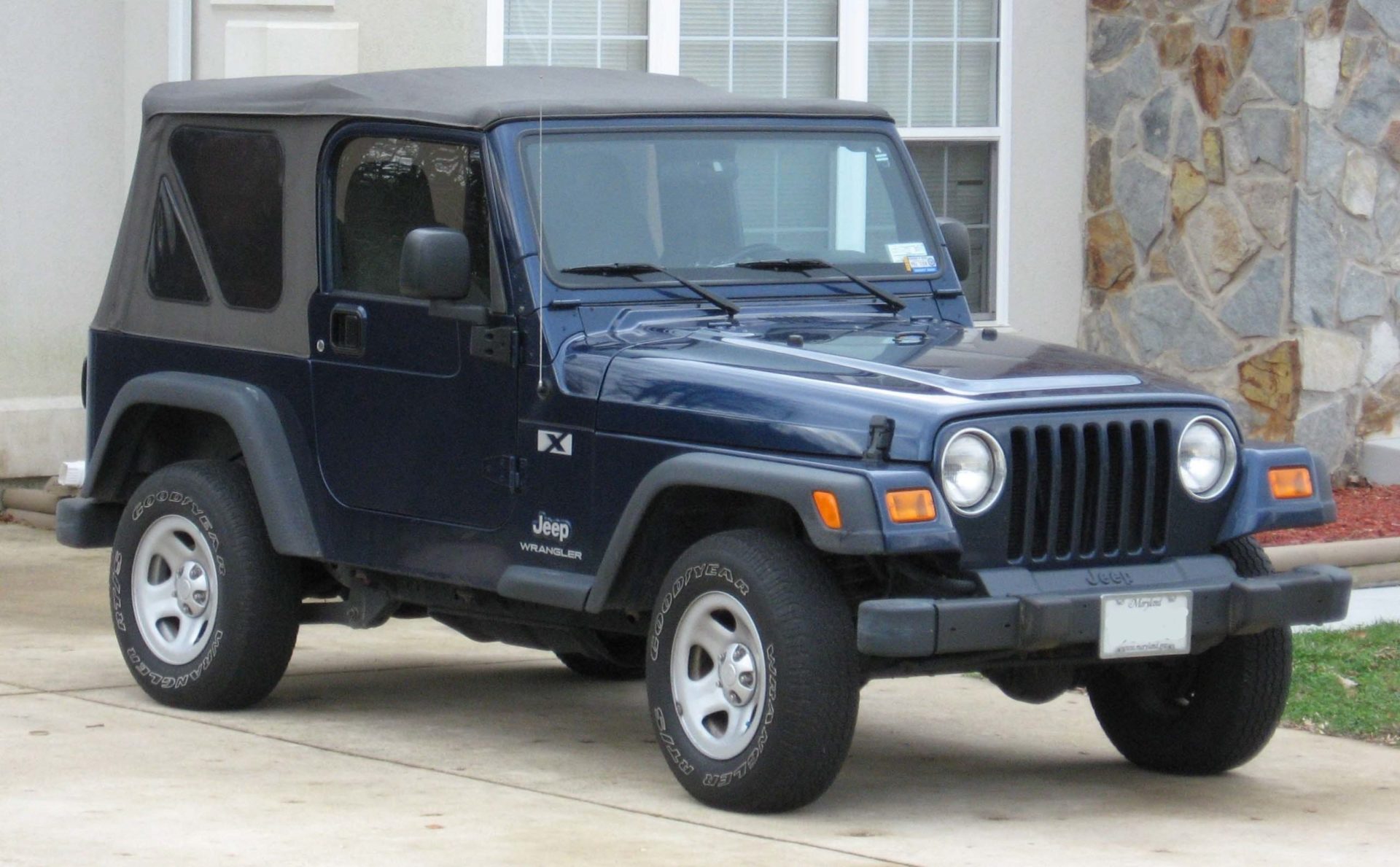 Jeep Wrangler Tj was offered with three types of engines. These are:

If you want a vehicle for very rough and rocky off-roading terrains, we would recommend the 4.0L engine. This is because the four-cylinder engines have a rough time when some aftermarket products or heavier tires are added to the Jeep. You might also want to take a look at the best off-road tires for jeep wranglers.

Looking for related articles? Here’s one we think you’ll like: Monstaliner vs Raptor Liner [Which is Better?] 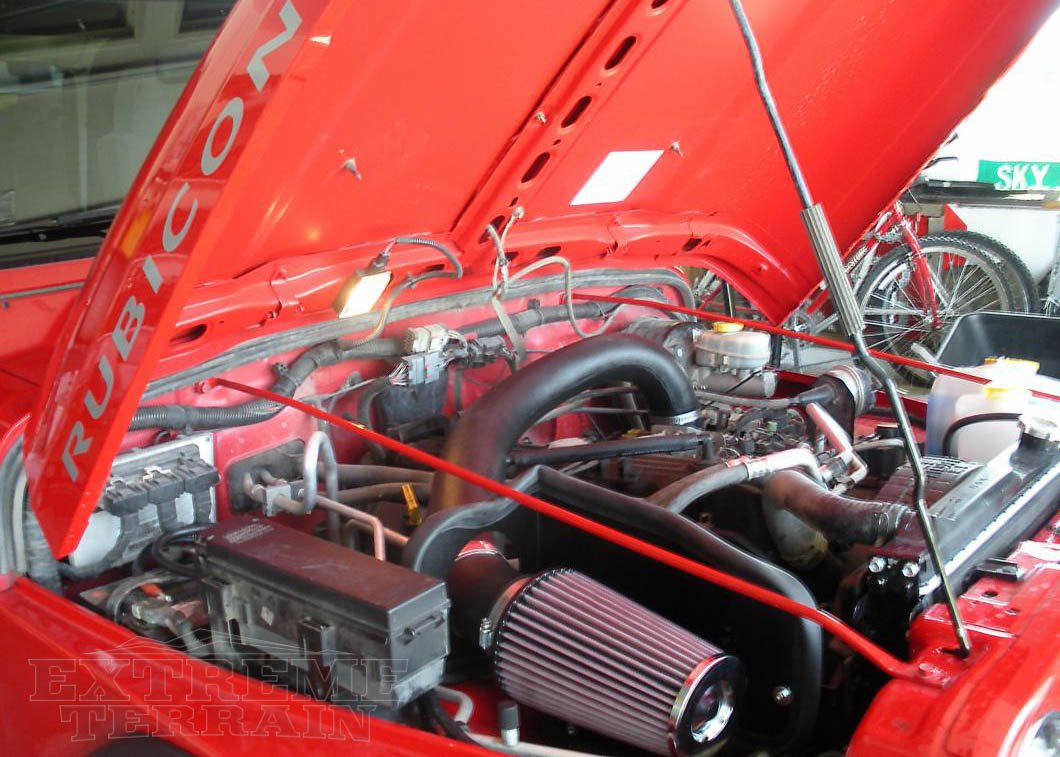 All of the Jeep Wrangler TJ models come with a Dana 30 axle. But you do not need to worry because this axle is strong enough to hold a 35-inch tall tire. But beware, some issues occur with the 35-inch axle. These are leaking pinion seals and faulty universal joints in the axle shafts.

There is one exception to Wrangler TJ models that come with Dana 44 axle for both front and rear. This is the Jeep Wrangler Rubicon. We recommend you opt for a Wrangler TJ Rubicon if you want to increase the reliability of the axles and do not want to do aftermarket upgrades.

But let’s assume you cannot find a Wrangler Rubicon for some reason, then you can always upgrade the axles of other TJs to Dana 44. Just keep in mind that these upgrades will cost you an extra couple of grand. 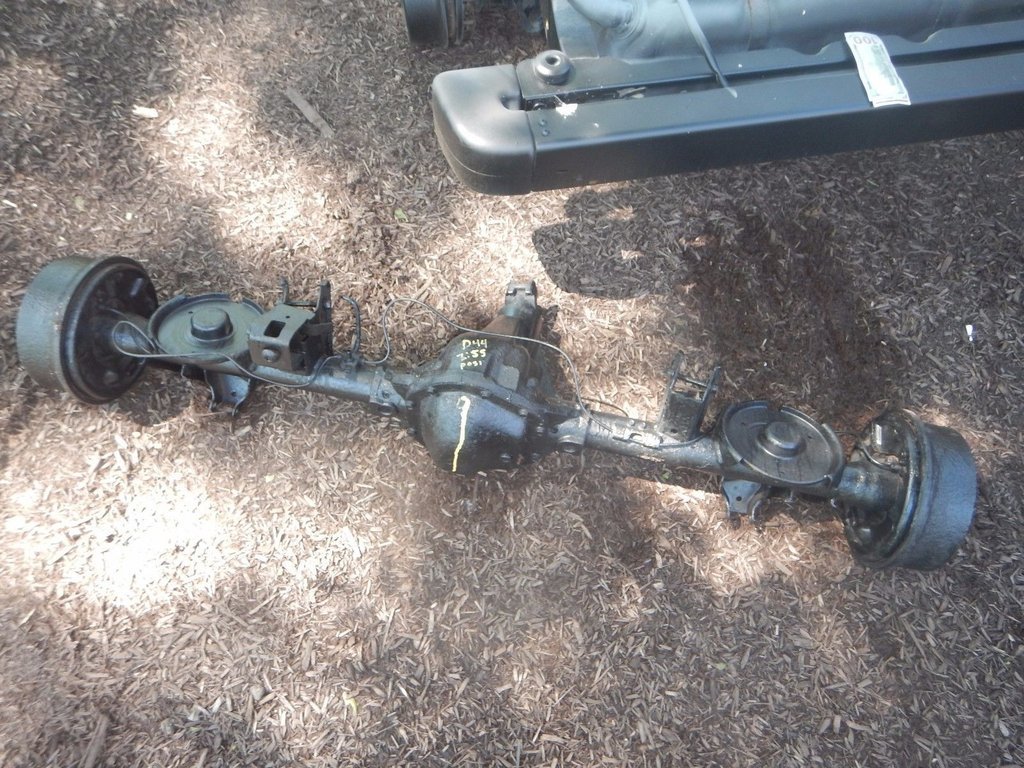 The earlier models of the Jeep Wrangler TJ come with half-doors. On the other hand, the newer Wrangler TJs come equipped with full doors. Choosing between full doors and half door wrangler just depends on the use of your Jeep. For example, if you want to ride rough and rocky off-road terrains, we recommend you go for a half-door. They will make the vehicle lighter and provide you with more visibility.

But if you want to drive your jeep on-road, having full doors and a hardtop is nice. The hardtop and full doors are also a good option to go for if you live around an area where the weather remains rainy.

Now if we talk about the latter models ranging from 2012-201, they come with a powerful 3.8L lite Pentastar V6 engine. This engine provides the vehicle with a  horsepower of 285. A  six speed manual transmission comes as standard with these models of the Jeep Wrangler JK but you can also opt for the five-speed automatic transmission.

The four-wheel drive is also a standard for these types of Jeep Wrangler Models that range from 2010-present. This is a cherry on top for people who are adventurous and like four wheel drive. 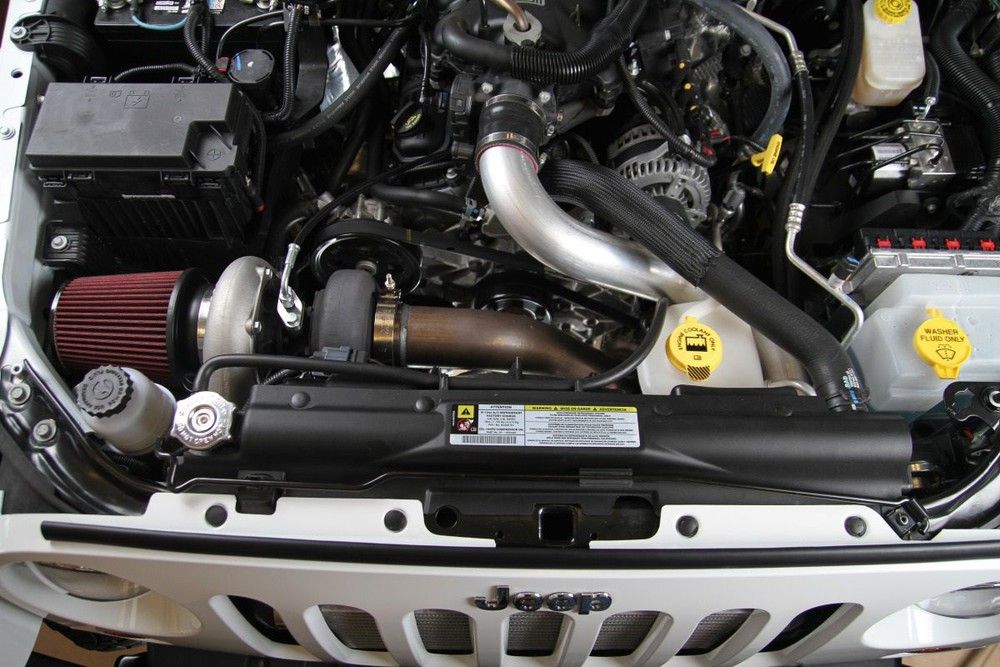 The four-door design provides you with an extra seat and more leg-space at the rear of the Jeep Wrangler. The soft-top design is great if you want to go on off-road trips and explore different terrains. On the other hand, the hard top is great to give your Jeep wrangler a cleaner look. They also add security and you should definitely go for the hard-top if you park your vehicle in the driveways or at any public places. 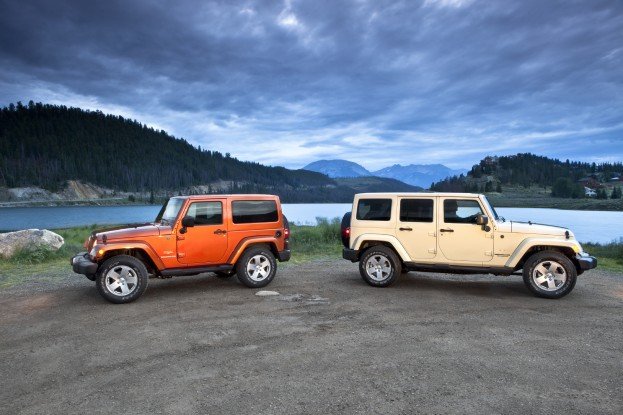 Jeep wranglers are not exactly what you would call luxurious. But they are great rides to have some fun and off-road adventures with your mates or family. Jeep Wrangler JK and TJ have a lot in common. The main difference is that the Wrangler JK is more comfortable as it is more spacious and it is more reliable as compared to the TJ wrangler. 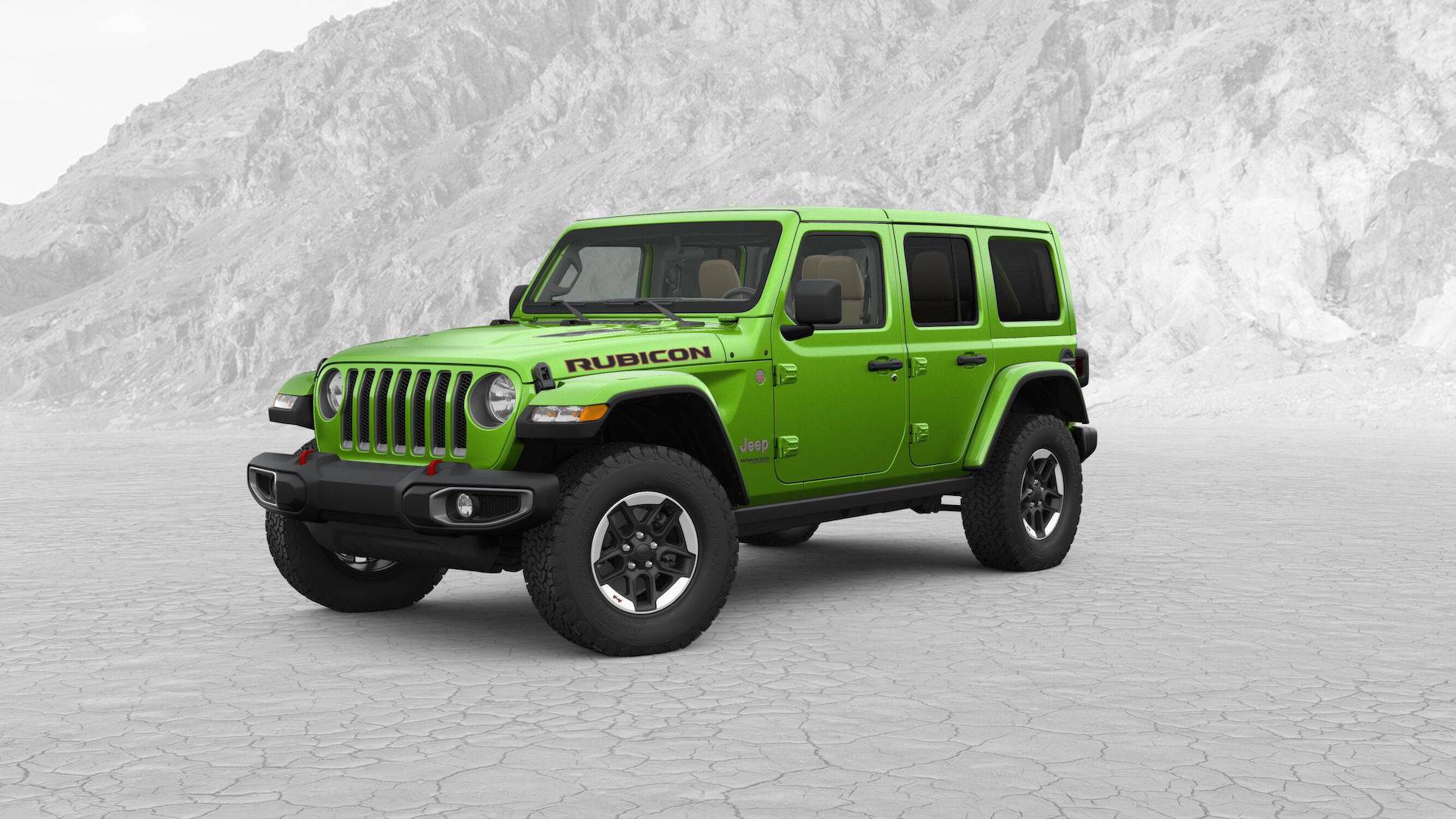 Its founding base structure is still the same but some calculated upgrades has made it lose a lot of weight. The Jeep wrangler JL is more or less 200 pounds lighter as compared to Wrangler JK and that is not all. The wheelbase’s width has increased an inch and a half at the same time.

The wrangler JL offers a 3.0L V6 EcoDiesel engine that provides 240 horsepower and an amazing torque of 440 lb-ft.

Looking for related articles? Here’s one we think you’ll like: GMRS vs HAM in 2022【Which is Better?】 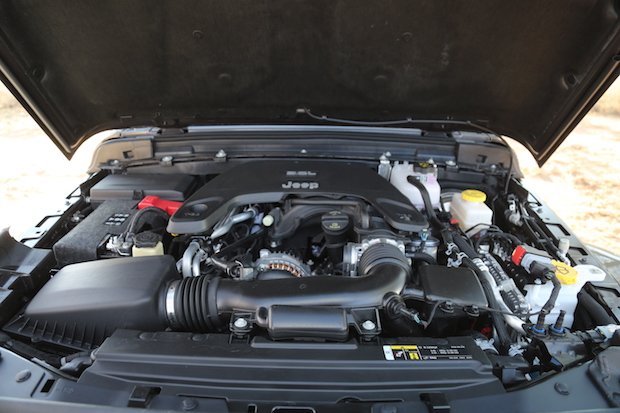 The Jeep Wrangler JL is also available with both types of Jeep Wrangler tops which are soft-tops and hard-tops. But the soft top on the Jeep Wrangler JL is comparatively easier to remove and put on as compared to the earlier models of Wrangler. Or you can just go for the power-retractable top. This allows you to take off the top with just the push of a button.

But that is not it. Jeep has got a gift for you even if you are a hard top lover. The hard top is now made with a lighter material which allows you to take off the freedom panel more easily. This also helps your Jeep Wrangler in not putting up a lot of weight when a hard-top is put on. 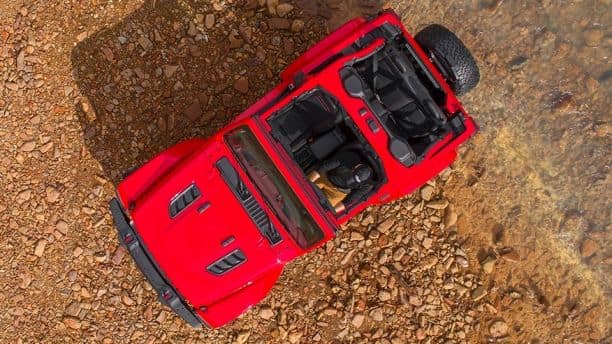 Every good product comes with a good price tag and it is true for the Jeep Wrangler JL as well. The Wrangler JL is noticeably more expensive as compared to its predecessors. The two-door sport design starts roughly at over $28,000 and the four-door unlimited starts at around $50,000.

This concludes our article on Jeep Wrangler types. We hope you were able to gain all the information you wanted to know about the Jeep Wranglers. Jeep Wranglers are not really the most luxurious and user-friendly vehicles. But Jeep has been focusing on this aspect of their vehicles and making more and more upgrades to make it better by every upcoming model.

Whatever the jeep type, you can always customize them to match your taste and needs. For instance, you can add grab handles in order to add a feature of safety. We already have an article on the 7 Best Jeep Grab Handles in 2022 to learn everything about them.

Q2. What is the difference between jeep wrangler models?

The main difference between jeep wranglers is in the quality of engines, transmissions, axles, and even a little in appearance.

Q3. What is a jeep wrangler?

Jeep Wrangler is a series of powerful off-road SUVs manufactured by Jeep.

Q4. What are the different types of Jeep wranglers?

There are four different types of Jeep wranglers. These are Jeep Wrangler YJ, TJ, JK, and JL. There are some special editions among them known as the Rubicon, Unlimited, Sahara, Sport, and Sport S.

Patrick R. Foster
Hey! I’m Patrick Foster, an author of the world-famous Patrick R. Foster Historical Collection, a large, working archive dedicated to preservation of the history of American Motors. Writing about this industry is a huge passion of mine, so here’s a little piece of my mind.

At JeepHunter, you can count on us. We review it, so you don’t have to!